Auhagen
more articles from Auhagen
Model: TT gauge. Special trade model 2022. Kit of a Multicar M25 with box body as a workshop truck.
Auhagen is a family business that has existed for over 130 years. Founded in 1885 in the Erzgebirge as a cardboard factory, cardboard models for the model railroad were also produced from 1952. The models were made of cardboard, paper and wood. From 1965, plastic injection molding was introduced at Auhagen and from 1970, cardboard production was replaced by plastic. In 1972, the company was forcibly transformed into the Volkseigene Betrieb (VEB) Modellspielwaren Marienberg-Hüttengrund (MAMOS = Marienberger Modellspielwaren). After the affiliation of VEB Modellbahn-Zubehör Marienberg, the company was incorporated into Kombinat VEB VERO.

In 1990, the company was reincorporated into a private company and Rudolf Auhagen Jr. began production with 13 employees. In 1991, the company exhibited successfully for the first time at the Nuremberg Toy Fair. The model railroad station Klingenberg-Colmnitz in H0 received the award "Model of the Year 1991". In 1993 the 4th generation of the Auhagen family took over the helm with daughter Ute Hofmann-Auhagen. Auhagen GmbH was founded, and the company remains 100% family-owned.

After the takeover of VERO-Modelleisenbahnzubehör-Produktion Olbernhau, the company was relocated to Marienberg. In 1999, the company employed 26 people. As the only model railroad accessory manufacturer in the new German states, the company is the smallest in Germany, but the only one to offer a complete TT building assortment. After a lot was destroyed by a flood in 1999, a new building was inaugurated in 2000. Since then, the high-quality models have been produced there. The number of employees is constantly increasing, in 2002 27, in 2007 already 33 employees were working at Auhagen. Since then, the location in the Ore Mountains has been steadily expanded, a 300 m² workshop and the acquisition of new technology in plastic injection molding, toolmaking and cardboard packaging were realized in 2010.

Further awards, such as the "Golden Track 2012" speak for the excellent models of the Auhagen company, which are manufactured 100 percent in Germany at the Marienberg-Hüttengrund location. A unique modular system and a large selection of models in the sizes H0, TT and N, as well as a very good quality of the kits, recommend themselves for the model railroaders 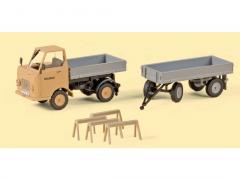 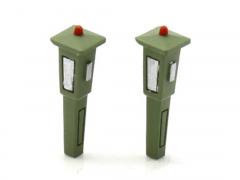 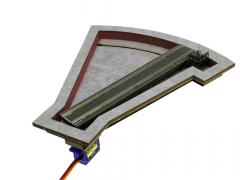 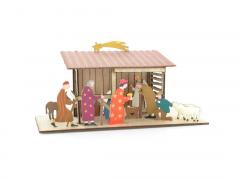