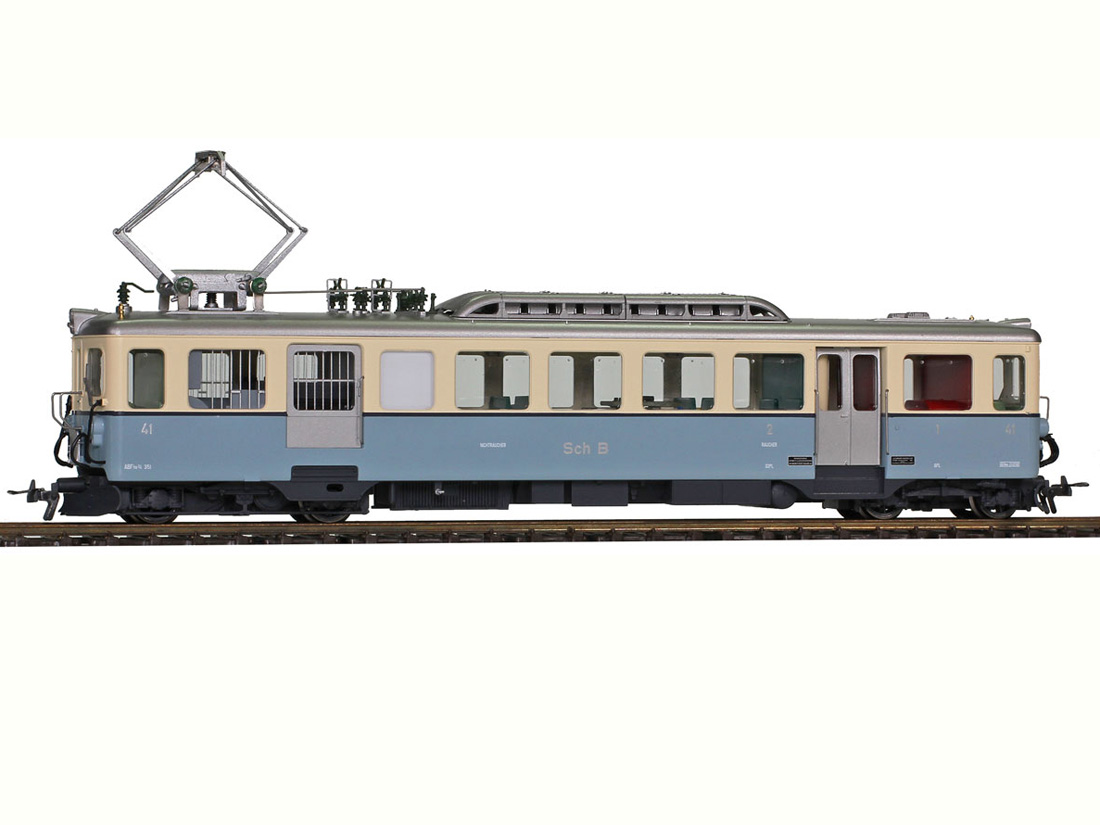 Bemo
more articles from Bemo
Model: H0m Gauge DC. Cogwheel baggage car 41 of the Schöllenenbahn.
The railcar model has two differently designed bogies that are positioned very far to the outside, both of which are driven by the 5-pole motor with a flywheel for reasons of traction in the model. Abt gears for rack and pinion operation can be mounted in both bogies. The powered bogie is refined with add-on parts, whereby the inner sandboxes cannot be installed with tight radii because of the collision with the luggage compartment steps - but are also partly covered by them. The bogie has an asymmetrical pivot point, as is true to the prototype. In the zinc die-cast chassis frame, various components were attached to the underside for the greatest possible detailing of the car floor with a high friction weight at the same time. There is a slot in the luggage compartment for the optional installation of a loudspeaker. The white front lighting and standard interior lighting are LED. The housing is attached to the chassis with four screws. The roof hoods on the outside are designed as perforated plastic parts.
The Bemo company has been manufacturing railroad models in large-scale plastic technology in Uhingen (Baden-Württemberg) since 1976. 25 employees mainly produce models in the scales 1:87 and 1:45, but in the meantime there are also some 1:160 models in the program. The H0 models are mainly narrow gauge models in H0e and H0m based on models of Swiss, Austrian and German railroads. The gauge 0 models are offered without exception as 0m, i.e. as meter gauge models, after prototypes of the Rhaetian Railway. Also in H0, besides many models of diesel railcars, many different cars of the Rhaetian Railway are offered, so that the normal H0 model railroader can look forward to beautiful trains from the Swiss Alps. In N gauge, you can currently find models of the RegioShuttle from ADtranz/Stadler in the Bemo program.