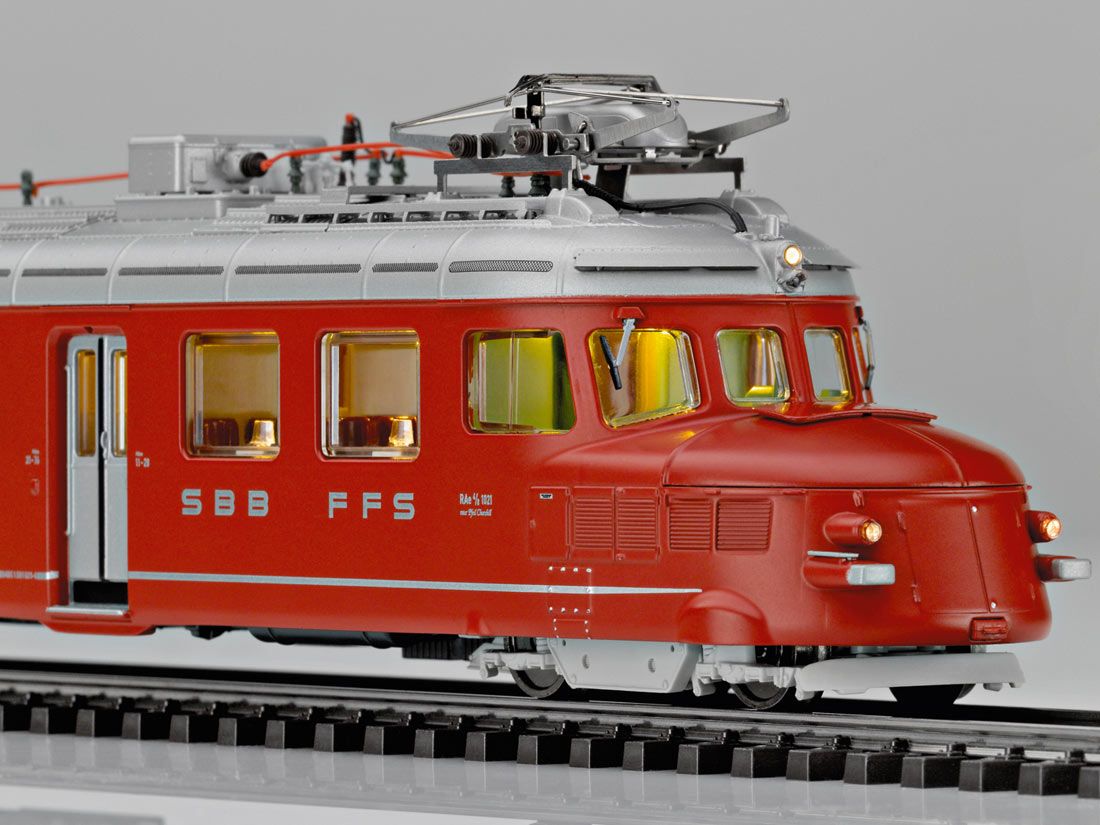 Märklin
more articles from Märklin
Model: HO gauge AC. With digital decoder mfx+ and extensive sound and light functions. Controlled high-efficiency propulsion with flywheel. The two axles in the outer bogie on vehicle part 1 are driven via a cardan. traction tires. Swiss light code, triple headlights and 1 white marker light will work in conventional operation and can be controlled digitally. Headlight switchable to 1 red marker light. Additional red drive authorization signal (wrong-way signal) at the front in the direction of travel, digitally switchable, changing with the direction of travel. Standard built-in interior lighting that will work in conventional operation and can be controlled digitally. The driver's cab lighting can each be controlled separately and digitally. Table lamps can be controlled digitally. Lighting with maintenance-free warm white and red light-emitting diodes (LED). Four bogie covers are included for replacement for use on large radii or for the showcase. Prototype: 75 years ago, in 1946, the Red Double Arrow was used to drive Winston Churchill through Switzerland as a state guest, which gave the double arrow the nickname "Churchill Arrow".

Electric double railcar RAe 4/8 "Churchill-Pfeil" of the Swiss Federal Railways (SBB). Used as a charter train for excursions and group trips. Fire red base colour. Railcar company number RAe 4/8 1021. Current operating condition.
In 2009 Märklin celebrated its 150th anniversary. However, from an initially quite wide range of toys, the product range concentrated over time on the manufacture of electric railways in different gauges. The excellent quality of the products made the name Märklin synonymous with model railways worldwide. Even today, the material metal is an essential element in the manufacture of locomotives, which thereby gain additional value in addition to their proverbial reliability and performance. 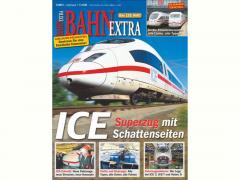