ESU
more articles from ESU
Model: HO AC / DC gauge. The Deutz KG 230 B model is largely made of metal. Numerous individual parts are set separately and ensure an extremely prototypical look. Etched steps, spring buffers, free-standing handrails and the already assembled train driver are just a few examples of the care with which the model was implemented.
Of course, the digital functions are even more important than the optics. Even if the KG 230 B is a relatively small vehicle with only two axles, all conceivable functions could be implemented: The LokSound 5 micro in conjunction with a "Sugarcube" loudspeaker ensures the correct sound of the air-cooled Deutz engine and the three-speed coupled to it -Transmission. Prototypical lighting with triple headlights, switchable shunting lighting, driver's cab and driver's desk lighting are "standard" on ESU locomotives. The KG 230 B also has switchable working lights for the engine and LEDs for flickering the brakes when the load is high. The highlights of the locomotive are certainly the two newly designed digital shunting couplings. For the first time, they can also uncouple metal bracket couplings and the Märklin® universal coupler, so that, as a rule, all of the customer’s existing wagons can be coupled directly. The couplings housed in the NEM shaft can also be adjusted in height by approx. 2mm and thus optimally adapted to the existing vehicle material. Of course, the "small" KG 230 B also has a clocked smoke generator on board! A PowerPack also ensures safe operation of the only 2-axle locomotive.
Frame and stems made of metal, perforated fan grille on the front of the long stem, finely detailed, multi-colored driver's cab, numerous details attached to the chassis separately, separately attached and partially perforated steps, free-standing grab bars, spring buffers, inserted engine driver figure, height-adjustable digital shunting coupling for everyone Clutch couplings, bell armature motor with flywheel, drive on both axles, one traction tire, LokSound 5 decoder for DCC, Motorola®, M4 and Selectrix® operation, independent registration at control centers with RailComPlus® functionality, PowerPack storage capacitor for uninterruptible power supply, loudspeakers With large sound capsule for maximum sound enjoyment, universal electronics with plug-in slider and slide switch to switch between two-wire and middle-wire operation, smoke generator synchronized with the locomotive sound, digitized original sounds of a KG230 B with 12-cylinder Deutz engine A12 L 714, F The light changes depending on the direction of travel, the headlights on the train side can be switched off, maneuvering, driver's cab and driver's desk lighting, brake sparks when braking hard, chassis lighting, pipette for filling the smoke generator is included, two different antennas are included. Prototype: From 1962 Deutz offered the two-axle diesel-hydraulic KG 230 B in the power class of a Köf III. KG stands for small locomotive with cardan shaft drive, 230 for the power in PS and B for the wheel arrangement. The in-house air-cooled twelve-cylinder engine A12L714 developed 230 hp at 2000 rpm. The seven KG 230s built for explosion-sensitive plants were not equipped with a water-cooled six-cylinder diesel engine. The gears of most locomotives were set to a maximum speed of between 20 and 30 km / h for the benefit of tractive power. Depending on the track position, the customer had additional metal placed in the frame area so that the locomotives with a weight of 26 to 36 t could be ordered. The two locomotives from Bayernhafen AG and the BEHALA locomotives even had multiple control devices. Despite the meanwhile advanced age, many of the two-axle vehicles still in use today still have their original engine. Since most of the companies had only a few locomotives, they were kept technically in a good condition, as they could not be dispensed with. The few employees who had been trained on the locomotives knew the limits of their locomotives over the years, and the simple and robust truck technology could often be kept running with the factory's on-board resources. Deutz delivered a total of 64, Henschel still three KG 230 B, mainly to German owners, but also to France, Italy, Luxembourg and the Netherlands. The Deutsche Bundespost procured one example, and there were other locomotives in government service from the Italian State Railways FS and the Spanish RENFE. The list of owners reads like a who's who of major European industry: BASF, RAG, Wintershall, BP, DEA, Shell, VTG, Arbed, Thyssen, Mannesmann, Feldmühle AG, Krupp Stahl, Rheinpreußen, Rhenus, RWE , Ford, MAN, Volkswagen, Kali + Salz, Portland Zement, Holcim Zement, Südzucker AG. For port logistics in Aschaffenburg, Berlin, Braunschweig, Bremerhaven, Ginsheim-Gustavsburg, Hanover, Regensburg and at Luxport in Wasserbillig, the reliability and traction of the air-cooled two-axle vehicles were relied on. The high quality of the construction is shown by the fact that the locomotives are not scrapped when they are not needed, but are sold on. In elegant red paint, a locomotive at the association 241-A-65 carefully moves valuable museum vehicles.
Accessories:
Steam smoke distillate 125 ml bottle
ESU
Item no.: ESU-51990
10,95 €
[87,60 €/liter]
incl. VATand excl. shipping
Go to the details
HO Repair Stand for locomotives length 320mm
Modellbahn Union
Item no.: MU-H0-A00500
14,99 €
incl. VATand excl. shipping
Go to the details
ESU has existed for over 25 years and is only known to most model railroaders because of its innovative digital technology (decoder and system control), but since 2012 also because of suitable, innovative and realistic implementations of locomotives, passenger cars and freight cars. The digital center ECoS, LokPilot 5, LokSound 5 and the Nano decoders are the distance horses in the ESU range. Modellbahn Union also cooperates very closely with ESU and has already had exclusive sound models implemented for its own products as well as remaining stock. At the same time, further exclusive models in the rolling area are sought, as well as close cooperation in the implementation of Modellbahn Union's own products.
Customers who bought this product have also purchased the following items: 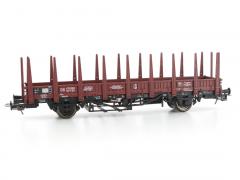 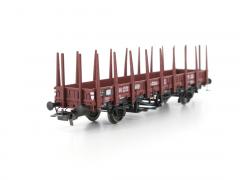 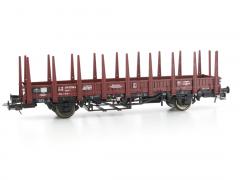 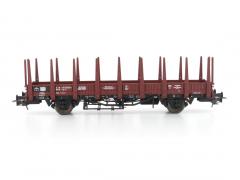 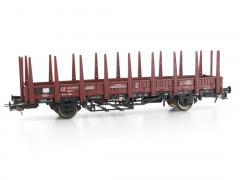